Alpona Begum is 33 years old and has for the last twelve years worked as a journalist in the district of Netrakona, which is situated in the North of Bangladesh with a population of 2, 2 million. She has deep knowledge that comes from her working experience and her studies of journalism. During her studies in Dhaka she wrote numerous theses on the subjects of “value the worth of media”, “violation against journalism” and “violence against women”.

She tells me that she feels nervous about being interviewed by me; that she is the one who is usually in that position and therefore the one in control. It is almost comical, since I feel so nervous talking to this strong and amazing woman that I have been observing from afar during the last three months. Now finally, I get the opportunity to ask her questions to be able to understand her life and the struggles she faces. 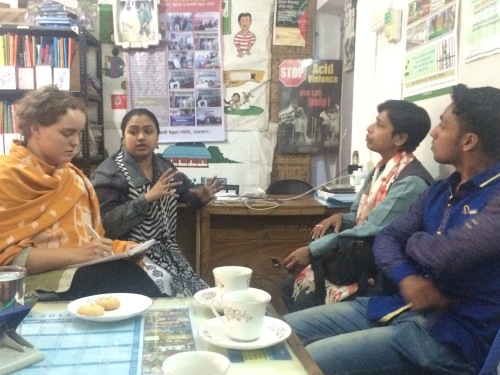 From left: Sofia, Interpreter Tamanna, Alpona and her nephew Shohag.

What I know about Alpona is that she is the only female journalist in the Netrakona district. I also know that at this time in Bangladesh, journalists, bloggers, writers and publishers are in an extremely dangerous situation where they are subjected to threats and harassment. This is especially evident if you write with a secular perspective on keeping the democracy in a state like Bangladesh. During 2015 four bloggers were murdered, Avijit Roy, Washiqur Rahman, Ananta Bijoy Dash, Niloy Chakrabarti, and one publisher Faisal Avefin Dipan. Some of them were stabbed to death in the street. These crimes have not been investigated properly by the police and the threats towards journalists are not taken seriously. All this combined, results in a very harsh climate for people to practice journalism in Bangladesh.

Alpona was a student of science and dreamt of becoming a doctor, however she always had a tendency to write and take photos when she was growing up. It was through one of her friend that she first came in contact with journalism and it was her friend who encouraged her to pursue it. From the start, she was aware of the hard situation for journalists and especially women in the profession. Instead of being discouraged, Alpona saw it as opportunity for her to make an impact that would possibly change the current situation. One of the biggest challenges that Alpona has faced during her years of working as a journalist, is the attitude from her male colleagues towards her. They seem to state in public that they want more female journalists but in reality she feels that they are trying to make her work harder and that they are jealous of the attention she’s getting. Alpona is highly educated and tries to always develop her skills by attending different journalistic seminaries; this leads to her getting a lot of work and attention. Despite this, Alpona have on numerous occasions’ overheard colleagues saying that she only gets work because of her sex.

During Alpona’s professional career, she has received many threats. I ask her if the threats are directed to her as a female journalist in a patriarchal society or if it can be attributed to the harsh climate that journalists generally are facing.  She said that she has received threats on account of both reasons. Because she is a criminal reporter, she receives a lot of threats when she is in the field investigating a crime or after publishing an article about different crimes that has taken place. When she is talking to me at the SUS office, she has her nephew Shohag with her because after our interview, she is going to a village where a crime took place.

”I want to have someone with me if I die, to bring back my body to my family”

She specifically remembers one time when she wrote a critical article about the student association of the ruling party, Awami League; about how they were behind violent crimes in Netrakona. After publishing the article, members called her and threatened her with their plans of abducting her in her home, taking her to their office and raping her. Her family also received threats after the article. She later found out that these young members of Awami League had received their orders from their superiors. During this occurrence, she got help and support from people from her work and also the police who investigated the threats. Alpona says that, unlike some of her male colleagues, she doesn’t compromise the information of a murder case, even though the information might be critical, and this leads to her receiving more threats.

Another time she was informed by the police that there was a threat posed to her to be killed and that it would be disguised as a road accident. In order to be able to do her job, she needs to be able to go to remote places in a country that is not known to have a good infrastructure. Therefore she rides a motorcycle, something that is extremely unusual for women in Bangladesh.

Alpona on her motorcycle

”I’ve made the choice of continuing in spite of these threats to be able to create a better environment for women to follow in this career path. As a female journalist, we must be strong; there is no space of making mistakes – if something happens there is no one to helps us.”

I ask her what she thinks about the situation in general for journalists in Bangladesh and the reason behind the shrinking space for freedom of speech and secular opinions. The killings of bloggers in the previous year all had religious connections. Alpana replies that although she has noticed that the climate has become harsher because of people who make threats in the name of religion; one can not only blame the religious leaders. These people are also encouraged by political leaders who want to silence the ones who are questioning the decline of democracy in Bangladesh.

Finally, Alpona says that her only wish is to continue her work of representing the voices from the field where she works. She says that she has had many opportunities to work in Dhaka where there are more female journalists, which would make her work easier while she also would make more money. However Alpona has no financial ambitions; her wish is to lead an ordinary life, close to the marginalized people whose voice she is representing. 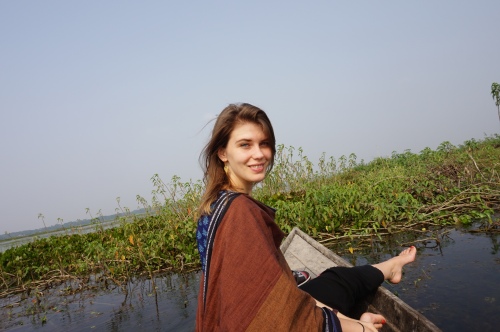 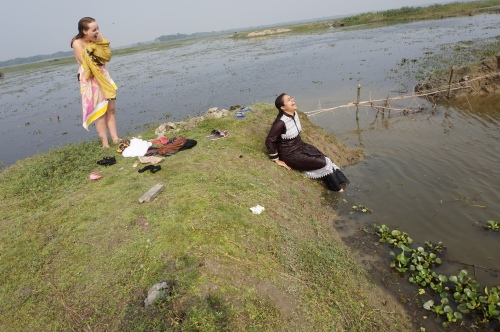 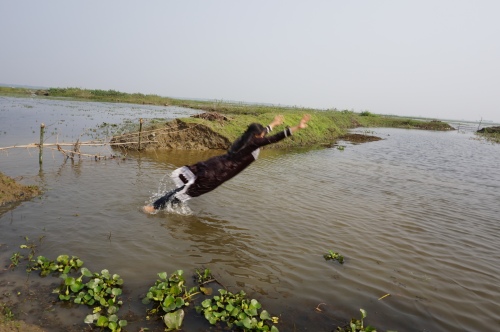 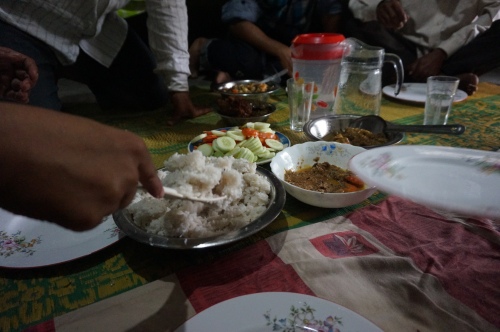 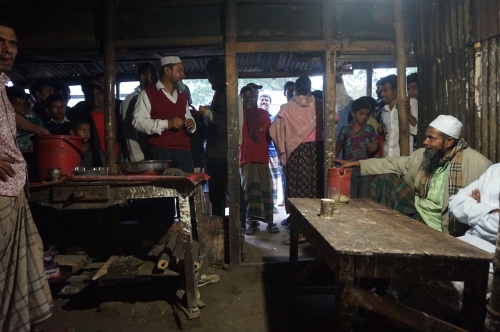 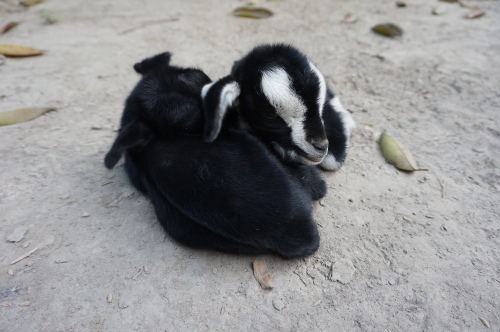